I discovered a day or two ago that I had three short stories in need of editing. I've been flitting around working on so many projects that in the hurly and the burly I seem to have stopped working on these particular projects.

Incidentally, it was when putting together a to-do list that I realised that it was three stories rather than just the one I remembered.

That got me to thinking. It is actually harder for me to do editing than the original writing. Reading my work back and considering each sentence and each paragraph for re-writing or even cutting strains my faculties more than throwing words down on paper. Thus I suspect a subconscious  thingy has made me hide these stories from memory!

Anyway, today I started in on the first round of editing, and half of one story is done. It was had to start!

Am I the only one who finds this "editing" difficult?

p.s. I can recommend a to-do list for all of the writing stuff. Add a to-do item for each of writing, editing, proofing, publishing and promoting.
Posted by Felbrigg at 12:23 No comments:

Email ThisBlogThis!Share to TwitterShare to FacebookShare to Pinterest
Labels: edit

Having recently completed and published my gamebook "Dwarven Vengeance" I started thinking about a starting another. Despite it being a lot of work, I have really enjoyed the end result, so I wanted to start another one.

This time I thought I'd do a little market research about the subject matter. I went onto Role Playing Game Geek (RPGGeek.com) and posted a poll asking which genre would they be more likely to part with thier hard earned money for.  the poll ran for 15 or so days and got 49 responses.

The options on the poll were:
I was hoping for Marines vs Bugs, but the omens have dictated otherwise.

This is a new genre for me, especially in gamebook form. It's set me a challenge. A gamebook needs a "system" of rules, those rules should match the expected game play. For instance it's no use having game rules for trading if there is no trading in the game.  So now I'm going to have to spend some time debating with myself what the focus of this new gamebook will be and once I've done that, how to implement a complimentary set of rules that fit the genre without over complicating something that needs to be really simple to fit the book format.

So now I'm collecting ideas and making notes about possible scenarios that could appear in the book. At the same time trying to avoid going too far down one line of thought without considering mechanisms at the same time.

At this point I know there are some limits on story. I polled a bunch of role players and "sci fi trading and exploration" means the RPG "Traveller" to them. The Traveller game has a number of tropes and associated expectations that goes along with the name, so those will be my focus to start with...

Posted by Felbrigg at 03:26 No comments:

A promo for my game book

Here's a little video promo for my game book, it includes a short reading and an explanation of what it is.

You can get the book at Lulu.com
Posted by Felbrigg at 13:34 No comments: 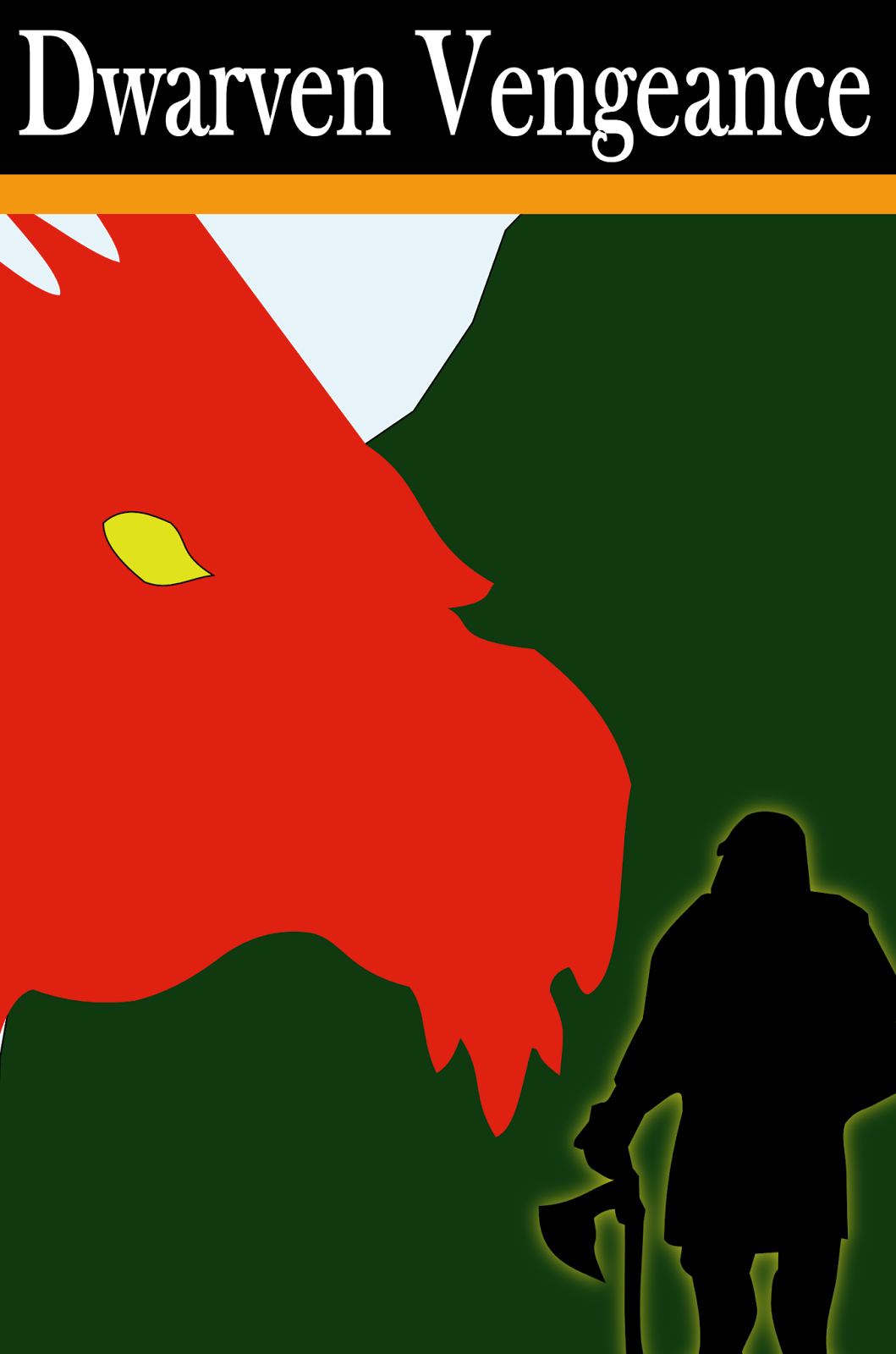 My gamebook "Dwarven Vengeance" is now available to buy via LuLu.  This is a game book where you choose which path to follow and which fights to have. It's a classic "turn to page" style game book with 401 entries. It differs from some of the classic gamebooks in that it doesn't have any of the lame endings where you just die. Instead there is always a chance to win through, a small chance true, but then you pick your own fights!

This is currently only available via Lulu's Print On Demand printing service.

So onto the back cover blurb...

You've lost your home, your family and your future.

When you woke to find a dragon smashing through the gates of the underholm and goblins swarming in the corridors your first thoughts were of survival.

Then the anger came, and the thirst for revenge and the need to get your home back.

So starts the quest to find the Dragonbane, a mystical item that is your only hope to defeat the dragon.

Buy the book at LuLu.com
Posted by Felbrigg at 12:25 No comments:

A year or more back, I wrote a Gamebook and it didn't end well, and here's the story of why.
Posted by Felbrigg at 12:48 No comments:

I'm finally reaching the end of the work associated with my game book. This has been an ongoing project for most of the year. I've only be working on it in fits and starts. Indeed it was mostly written during my lunchtimes at work, just a few paragraphs a day. Then I left it sitting for a while before starting on the editing.

I did two full editing passes, again during lunchtimes covering just a few entries per day, then let it sit again.

Then I sent it out to a few beta readers, only one of whom sent me feedback. I applied the fixes he suggested and let it rest again.

So here I am now doing the final proof-read-aloud. That's reading the whole book aloud. I'm so glad I opted to give this try. Even after all those passes once I read it aloud I found even more problems to fix!  This is process I'll definitely use in future.

With luck by the end of the weekend I'll have this book done and uploaded to LuLu as a POD book and I'll order a proof copy. If that comes through without issue I'll be foisting this on the whole world!
Posted by Felbrigg at 07:22 No comments:

I've just come third in a short story competition, a feat of which I am immensely proud. An odd little competition where the competitors were asked to write a short story of no more than 3000 words set in the world of any specific Roleplaying Game the writer wished.

Writing to a short word count proved a challenge. My outline rapidly ballooned and translating it into prose went way past the limit.

Cutting it back was painful. I lost a scenes, flashbacks and entire conversations. These cuts explained character motivations and help the story make sense. They were painful cuts. Then, once they were gone I had to re work other conversations to fill in the gaps.

After that I was still too long! It became a case of working each sentence, looking for a way to rephrase so that it could be reduced. It took three passes of this before I hit the word count limit.

It was a real challenge, hard effort. Seems to have paid off in the end :)

Here's a link to the Entries and Entrants. You may need to log into the RPGGeek site to download the stories .
Posted by Felbrigg at 23:25 No comments: